Millionaire in the Making – R.D. Roberts

I am writing to thank you for the most efficient and effective real estate guidance that I have ever received over the past thirty-five plus years.  I bought my first house on a land contract at the suggestion of the seller in 1983, when I had no idea what a land contract was.  I was amazed that I could actually buy a house with seller financing, and I was hooked.  From that point forward, I purchased every single real estate course known to man.  I attended seminar after seminar, if it had anything to do with real estate, I was there.

I muddled along using their techniques, and did alright, but I never caught fire.  I always seemed to be on the outside looking in.  As I progressed through my mediocre real estate investment career, I also made other investments, some not so fruitful.  Then in 1997 I was filing bankruptcy due to a tremendous business failure in the contracting business,  After the Bankruptcy was settled the only asset that I had left was my personal home on a golf course with quite a bit of equity, that I needed badly.

I was digging through the newspaper one day an saw an ad for investors who bought real estate for cash. I called it instantly and arranged an appointment and the investors came out.  This was a nice home newly built in 1993, three bed two bath, basement two car garage on a golf course valued at approximately $135,000.00

Now at this point I had already been in the sales game since 1979. With the fourteen-years, experience at one call closing, I was pretty sharp, as well as a licensed residential builder who had just lost a multi-million-dollar company.  Upon their arrival, I immediately realized these investors were rookies. With their language, dress, and knowledge, I could tell something was up.  However, based upon what they were saying to me about the house, I knew there was more to these guys than what met the eye.  So, I convinced these two rookies that I was the answer to their investment strategy.  They took me on a ride-along, back when the assumable VA loans were a big thing. that;s all I needed to see, I immediately found out where they got their information and quickly ordered my own Ron LeGrand Course and the rest is history.

I never looked for additional guidance after I purchased the three-part-series, I simply followed the instruction and made more money than I had ever dreamed of.  My biggest payday on a single piece of commercial property was $287,000.00,  the second was $197,500.00. My biggest payday on a three-piece executive residential property purchased was $65,000.00 I went to the closing exception to get about three grand, on a purchase sell back to the original seller.  With your techniques, I walked out of the closing with a check for $65,5000.00, boy was I shocked.

I played the real estate all these years and made a great deal of money, fading in and out of deals. I t wasn’t until I lost all my course information that I had purchased years ago, that I finally got back in touch with the Ron LeGrand way of doing things.

On or about March 13th 2017, I contacted Ron LeGrand at Global Publishing looking to get an update on my original purchase.  Much to my surprise things had improved dramatically, and I had forgotten just how much of a master Mr. Ron LeGrand really is.  All the new techniques, such as the pretty house terms system and he big money in big chunks system was amazing to me.

After deliberating on the expense of $2,000.00, Jessica finally closed me with the help card package that allowed me to ease the purchasing pain by financing the entire purchase. Within days I realized I made the right choice, when I made twenty-six times my original investment with my very first deal making me a total of $52,972.00 over the next two years. I already have my second deal lined up with cash offers already coming in, and looking to gross nearly $48,000.00 in the next couple of weeks. And, I have purchased my third investment property which based upon the comps, should gross over $40,000.00 in profit, and I have only had the course information approximately six weeks.  All three deals are taken subject to transactions, that we now own, giving us total freedom to do whatever we choose.  And the real kicker is we are building wealth at a pretty good pace with nearly $145,000.00, in projected profit in just six weeks,  Simply amazing.

Thanks Ron LeGrand, I appreciate all the information you provide. You have literally changed my life, not only in 1994, but now again in 2017 with you new and upgraded version of your system.  Although, I hesitate to spend an additional $2,000.00 thinking I already had the information I needed then I quickly realized, yes you can still teach and old dog new tricks.  Thanks for your amazing system and support.You are truly the greatest in the field, second to none.  Keep up the good work! 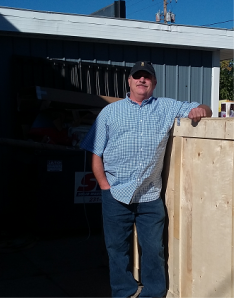 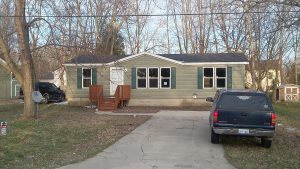 3 Responses to Millionaire in the Making – R.D. Roberts