Home » Resources » Articles And Reports » The Gold Club Weekly Report » “Will You Be Ready When Your Ship Comes In?” by Carol Joy Conner

“Will You Be Ready When Your Ship Comes In?” by Carol Joy Conner

Believe me, it took a lot of preparation and navigation of lots of systems for nine people to be in the right place at the right time. Two travel agents (Hint: think VA as in Virtual Assistant) and three airlines worked together to get two LeGrands, five Wolffs, and two Conners plus 18 checked bags and eleven carry-on bags in Honolulu when our ship pulled into port. One ship, two tenders, three shuttles, four buses, two taxis, one helicopter and one Bentley-limo later—we had a most memorable week of cruising the Hawaiian Islands! 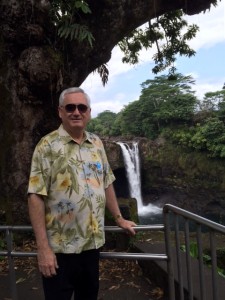 We all spent Friday night in Honolulu to be sure we were onboard by Saturday evening sailing time. Not wasting any time, Ron, Lynette and Jay joined Abbie, our hotel concierge (Hint: VA), right after breakfast Saturday morning to research excursion options. Then the negotiations began. Oh. My. Lands. Can you imagine negotiations with those three?! I wonder if anybody asked, “Is that the best you can do?” Two hours later, mission accomplished! We had excursion tickets in hand and were ready to begin the fun adventure part.

So we headed to the port to board the Norwegian Pride of America for a week of cruising adventures and relaxation. We loved the ship—who wouldn’t with such a wonderful name? It was a welcome sight to see “Pride of America” with an eagle’s head and blue stars/red stripes to greet us on the pristine white ship. Perfect setting for a red, white and blue Memorial Day!

As we meandered our way touring four of the Hawaiian Islands, we were awed by the beautiful blue waters, vivid green foliage and bright tropical flowers all along the way. Wow. Pictures do not even begin to capture the sights we saw. But we took pictures anyway. Just ask us and we’ll show them to you!

“Divide and conquer” became our motto as the Wolffs went snorkeling and biking while the LeGrands and Conners explored some of the off-the-beaten-path areas to shop and partake of some of the local eateries. Thanks to the recommendation of our breakfast server Siraya (Hint: VA), the four of us taxied to nearby Paia, Maui, where we found the best pizza (per Ron!) ever—organic pizza at Flatbread! Of course, we saved room for a bite of gelato—yummy!!

We all boarded helicopters for a one-of-a-kind aerial tour of the island of Kauai. We had Barrett as our pilot and tour guide—he is a local, and his heart is definitely connected to his native homeland. Waterfalls, mountain ridges, ocean views—awestruck! Be sure to get the digital version when you take this tour—cameras and cell phones photos just do not do it justice!

Next excursion was to The Smith Family Farm for a luau! What a feast!! We learned how they prepared and cooked their pig—the more adventurous of us did taste a bite of poi. The sumptuous meal was followed by a stage show highlighting some of the history of Hawaii. Quite enlightening and very well done! 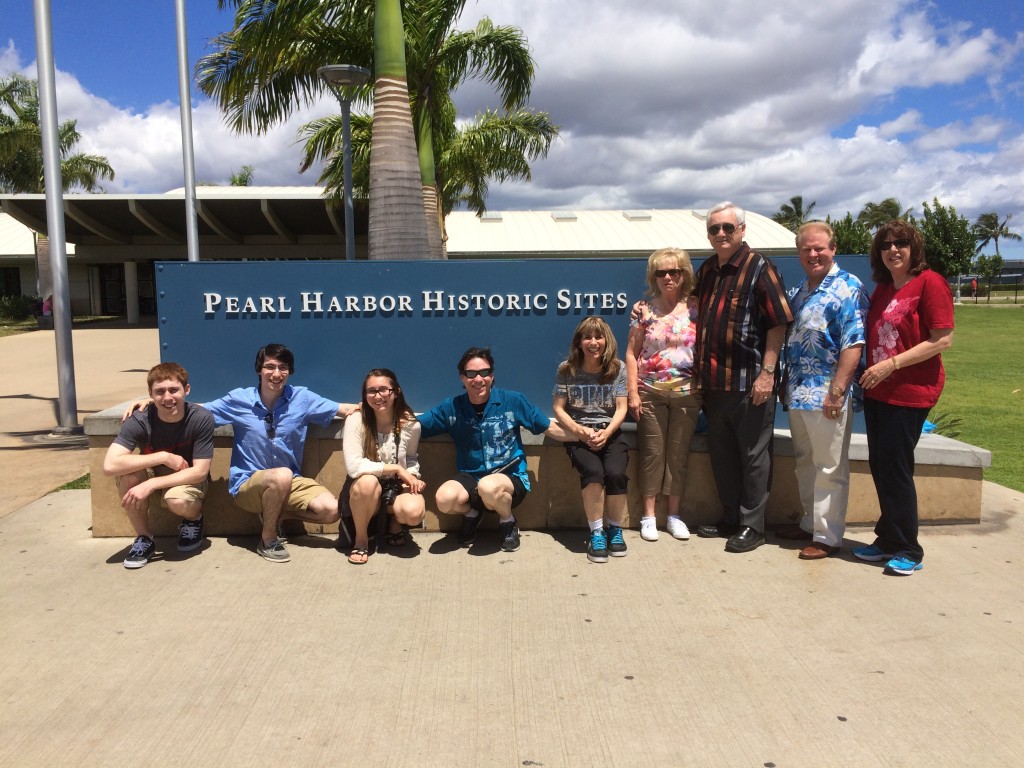 We had learned on Wednesday that there had been an accident at Pearl Harbor—a boat had backed into and damaged the walkway and ramp to the memorial. As a result, we would not be able to walk up on the USS Arizona memorial site. We opted to stay on schedule with the tour and looked forward to touring this historical site.

After disembarking on Saturday, we boarded the van and headed to Pearl Harbor. It was the perfect ending to our red, white and blue week. “Pride of America” took on a different meaning as we toured the facility. “Remember. Understand. Honor.” December 7, 1941, and the following days were filled with men and women of courage and valor.

What a learning experience and reminder of the important role our military has in our history and continues to have to this day! Maybe you’ll remember hearing someone speak who constantly supports the military in every way he can. And, you’ll agree with me that the best part of walking through this area of such historical significance was experiencing and seeing this site with our favorite Veteran and Mentor—Ron LeGrand. 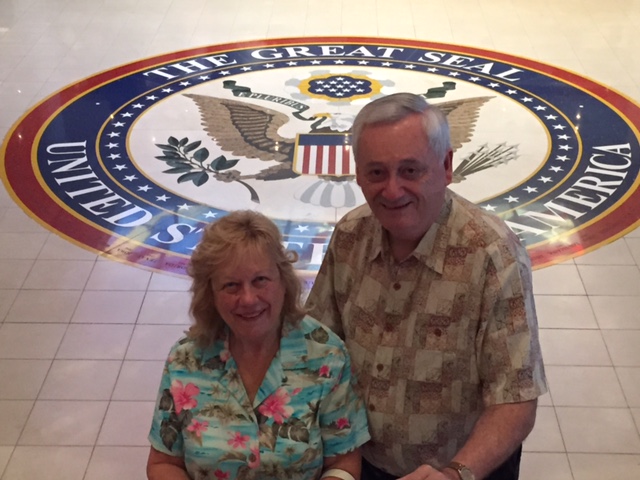 One Response to “Will You Be Ready When Your Ship Comes In?” by Carol Joy Conner