Do You Really Want to Drink Embalming Fluid? By Barbara “BJ” Cockrell

I have so many family members and friends that drink embalming fluid and don’t have a clue where it is coming from and what it is doing to them.

I once did too until I visited my holistic doctor to find out I was full of Formaldehyde and determined the source. When I first found out I had formaldehyde I thought it was from dry cleaning clothes. But it had been over 10 years since I had my clothes dry cleaned.

After I rid my body of that nasty chemical I realized the more likely culprit.

Frankly, when I tell my loved ones Diet Soda is bad for them they don’t want to hear it because they don’t want to give up their favorite beverage. I began to feel like the bad guy – the bearer of bad news – so I stopped saying anything. But when you love someone you want the best for them and there’s an old saying that knowledge is power.

So I want to give you some powerful knowledge of why soda and diet soda are so bad for you so hopefully you will never want to drink it again. Diet sodas may actually be causing even more harm than you once thought or want to believe.

We’ve been marketed to for years that low or no calorie sodas are a healthier alternative simply because they have fewer calories. Calories do count but the quality of the calories matter more.

Most diet sodas have many similar ingredients in their products including caramel color, artificial sweeteners such as aspartame, sucralose, sodium benzoate, acesulfame, monosodium glutamate, phosphoric acid, citric acid and caffeine.

There are many other ingredients that may be used depending on the brand and specific product, but let’s take a look at some of these common ingredients and their impact on the body. I got lost researching all the scientific names and what they do so I vow to keep this simple.

To stay on topic, let’s talk about aspartame first, that is in most diet sodas. If you Google aspartame and look up all the different names for aspartame it has other chemical names so it doesn’t always say aspartame. Researchers have found that when cancer cells are subjected to aspartame, they directly increased in activity and mobility.

According to Dr. Daniel Nuzum, aspartame is very toxic and a preservative because it breaks down into formaldehyde. It’s a cancer causing corrosive chemical. That’s what’s in embalming fluid. That’s what they use to preserve dead bodies. Formaldehyde is a neurotoxin. And it was originally designed as a neurotoxin in biological warfare weapons. It was a nerve gas component. So when we eat this, we ingest aspartame, it converts into formaldehyde, and then starts to eat or corrode our nervous system. It’s toxic to our nervous system. Dr. Nuzum also says that the symptoms of neurotoxicity due to aspartame are identical to the symptoms of MS and multiple sclerosis. It eats holes in your brain and spinal cord.

One study published in Toxicology Letters in 2016 found that caramel color cannot be considered as a safe additive when considering certain ways that it impacts the body. This additive is found in so many foods and drinks for the purpose of obtaining a desired color. One way to eliminate this potentially harmful additive is to eliminate sodas from the diet. 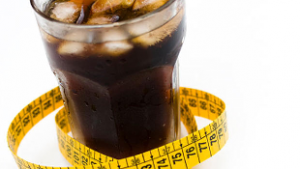 Sucralose (Splenda®) results in damaged gut micro flora and leads to problems and diseases including cardiovascular, autoimmune, neurological, psychiatric, and cancer. It causes inflammation in the kidneys and liver, and damages the thymus gland.

Sodium benzoate is added to food and beverages like energy drinks and soda and has been linked to ADHD, asthma, and other inflammatory disorders. When sodium benzoate is combined with ascorbic acid (common in soft drinks), the two form a highly carcinogenic compound − benzene. Benzene is strongly linked to cancers including leukemia and lymphoma. 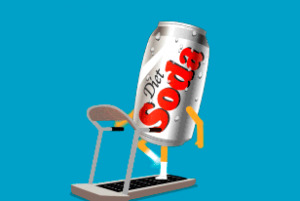 Monosodium glutamate (MSG) is a flavor enhancer and preservative added to many packaged and canned goods. Research has found that monosodium glutamate is associated with chronic inflammation, liver damage, weight loss resistance, and chronic pain.

Phosphoric acid has been shown to reduce bone mineral density as well as wither both skin and muscles and cause kidney and heart damage. It has also been shown to affect the urinary tract and lead to kidney stones and disease.

What happens to your body after drinking diet soda

After 10 minutes the phosphoric acid attacks and erodes the enamel in your teeth and the artificial sweeteners affect the gut microbiota.

After 20 minutes your body triggers the release of insulin sending your body into a fat storing mode.

After 40 minutes a short, addictive high (similar to the way cocaine works) occurs from the caffeine and aspartame combination and the brain is overstimulated.

After an hour the body begins to crave more diet soda.

So it doesn’t take long or repeatedly drinking diet soda for a long time to have detrimental health effects.

Artificial sweeteners reduce the body’s ability to produce leptin, which is a hormone that makes you feel full. This is one reason many people who drink diet sodas will not lose weight—they actually feel hungrier and will go for another snack to satisfy that hunger.

My favorite alternative is coconut water.

Mineral water can be a great choice and can be flavored with citrus and other fruits.

Green tea gives a boost of caffeine without causing jitters and can have positive effects on the brain and nervous system.

I don’t care for fiz but kombucha will satisfy cravings for a naturally fizzy drink and is rich in probiotics.

While it may be difficult to break the habit of drinking diet sodas on a regular basis, you can do it, especially now that you have powerful knowledge why, and you chose other healthy, flavorful drink choices. When you eliminate diet sodas, your body will almost immediately begin to recover and it’s worth a short amount of discomfort to break a harmful habit and feel better!

If you know someone that drinks soda and diet soda please share this article to encourage them to replace it with healthier alternatives. There is no nutritional benefit to the body, and they can clearly cause damage. Watch out for similar ingredients in other food products that can seriously damage your health.

Join me and our community at http://www.CompleteHealthyLife.com for free and let’s get healthier together. 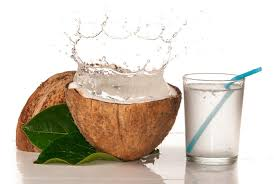 5 Responses to Do You Really Want to Drink Embalming Fluid? By Barbara “BJ” Cockrell